A part of the Stewardship Group 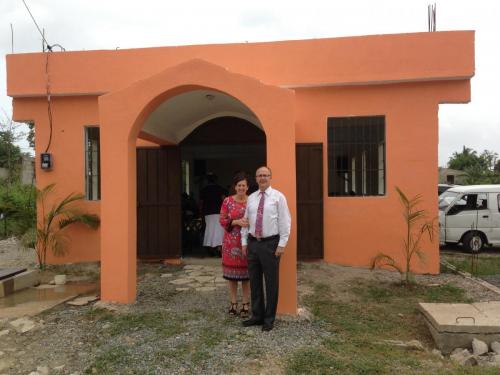 “You can build a church in the Dominican Republic for $15,000,” was what the missionary said as he preached that Wednesday night in October 2011. That became translated in prayer to “If you will help build a church a building they can’t afford, I will help you build a building you can’t afford.” Oh, the power of a word from God!

It seemed counter-intuitive. At Abundant Life Church in Matthews, North Carolina, we were trying to pay down the loan on our current building while saving cash to position ourselves to qualify for a loan to build a new building. How do you gain by giving away? But the vision was cast, the money was raised and sent, construction began, and today there stands a church in La Parcela, Dominican Republic because of a word from God. It was our “if you will” moment! And you can be sure that God followed up on His “I will!”

Thanks to financing from the UPCI Loan Fund we broke ground for construction of our enlarged facilities on January 25, 2015. The next month, acting on the recommendation from Brother Stephen Drury, we launched a Capital Stewardship Campaign using the services of Foundations Consulting with Pastor Joseph Hanthorn as our consultant. What happened next was miraculous but also an absolute fulfillment of God’s promise. Our 105 people committed to give $700,000.00 over the coming three years. At the time, it seemed like that was either a lot of faith or a bunch of foolishness. When First Fruit’s Sunday came, and our first offering was received, it was $150,000.00 – ten times what we had sent to build the church in the Dominican Republic. We got our first glimpse of the “I will” of God!

Time would fail to tell of all the miracles that happened over the next three years! We took occupancy of our building in November 2015. People continued to give and be blessed. In January 2018, just three short years after breaking ground to build, we paid off our $790,000.00 loan. People still continued to give as our campaign had not yet ended. On March 27, 2018, we celebrated the end of our campaign with a Mortgage Burning Service and challenged the people to finish strong with an offering of thanksgiving. When the secretary gave the final report that day for our three-year campaign, we saw the fulfillment of God’s promise once again. The total - $1,015,000.00! We had our original $15,000.00 back plus $1,000,000.00 more. Earlier this year, we sent another $15,000.00 to build a second story on to the building in La Parcela so they can have Children’s Ministry space. The miracles continue!

During this time, we have gone from three services a week in one location to eight services a week in three locations. Multiple ministries have been launched and God is adding to His church. These are exciting days for Abundant Life Church. But it all started with a word from God and was facilitated by the United Pentecostal Church Loan Fund. We live in great gratitude! 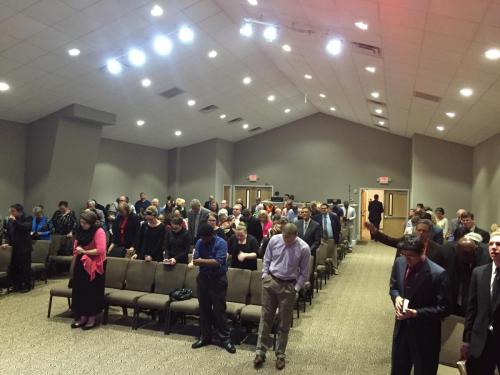 Invest in an IRA

Apply for a Loan

Get in Touch with Us